THE FOLLOWING CONVERSATION, WHICH IS BASED ON A REAL EMAIL EXCHANGE WITH MY AGENT, HAS BEEN SET IN A 1920’S HARD-BOILED DETECTIVE NOVEL FOR DRAMATIC PURPOSES.

So I pick up the telephone and wouldn’tcha know—it’s my agent. “Too many characters in your manuscript,” she says to me.

Course, I know my agent isn’t suggesting I put a hit out on my characters, but—ha!—wouldn’t it be a laugh if she was. “Suppose we edit out this one dame,” I says to her (I didn’t much like that character anyway), “but instead of killing this other fella, suppose we de-emphasize him. I can cut back his description, and hey, I can un-name him, too. That way, the amount of words devoted to him is more proportional-like, as far as his role in the story goes.”

“Don’t be a wet rag. Berries means your idea is good.”

“I got another one.”

“How ’bout I de-emphasize and un-name a few more of my smaller characters, so as to signal to readers that those characters are inconsequential when it comes to solving the mystery? That way, readers won’t have to remember as many names.”

“What’s with all the talk about fruit?”

Bad jokes about berries and plums aside, below is a list of ways you can de-emphasize or delete some of the smaller characters in your manuscript. Do you have to do this? Not at all. It’s particularly useful if A—you have a lot of characters, which can make it taxing for readers memory-wise; or B—like me, you’re writing in the crime genre, in which case, your readers are doing their very best to keep up with your foreshadowing and clues, also taxing memory-wise; or C—also like me, your agent has quite reasonably suggested your manuscript could stand to lose ten or so thousand words, and she’d be right. Do you have to do all of these things for each character you want to remove emphasis from? Again, not at all.

1. Un-name a character: This doesn’t mean they don’t have a name, just that your POV character never knew it, can’t remember it, or doesn’t mention it. “My first college roommate smelled vaguely combustible.” Your POV character could be doing or thinking about something else while introductions are happening and miss them. You could do a little telling to skip right over names: “While Simone made the introductions, I downed glass three of wine.”
2. Cut a character’s airtime: Ask yourself, is my description of the character proportionate to their role? Do they need that much dialogue? Have I given readers the false impression that this character will appear again later in the story?
3. Cut back (or cut completely) characters whose purpose is redundant: If there are two characters who are in your story for essentially the same purpose, consider cutting one and giving their actions/dialogue to the remaining character. In one of my books, I had a burn patient’s fiancé and mother both answering my protagonist reporter’s questions, so I instead I gave the mother all the dialogue, including a mention of the fiancé being overseas and trying to catch a flight home.
4. Cut the whole character: Do your readers need a play-by-play of your character being led to their table by the maître d’, or could you just jump, perhaps with a bit of narrative summary or maybe a scene break, to a more interesting spot? “I had never seen so many frogs’ legs in my life.”

Have you de-emphasized or un-named a smaller character before? Am I missing ways this can be accomplished? Share your thoughts in the comments.

Thank you to Freepik for the pencils image I used in this post.

74 thoughts on “How to de-emphasize characters #AuthorToolboxBlogHop”

(She/her) I’m a chronically ill Canadian crime fiction author who’s currently in edits with my agent and awaiting yet another surgery. My mystery Daughter for Daughter was shortlisted for a Daphne du Maurier Award and a Flash 500 Novel Opening & Synopsis Award. My thriller The Alibi Scheme was shortlisted for a Crime Writers of Canada Award and a Daphne du Maurier Award. I served as the 2021 Secretary for RWA’s Kiss of Death Chapter and as Special Advisor to the Crime Writers of Canada from 2019-2020. I’m also a marketing and fundraising consultant, an amateur kombucha brewer, and because I’ve only been able to fit one meal a day in my GI system since April 2021, I make that meal count trying out as many cuisine’s soup recipes as I can get my hands on. While I don’t write under a pseudonym, I sometimes volunteer under one; let’s just say that on certain organic farms, there’s a gal known as Radish Runner, and if the wind hits the brim of her hat at just the right angle, you might even catch a glimpse of her. I live and write on lands stolen from First Peoples, Inuit, and Métis by my ancestors. Coming to terms with my chronic illnesses and the dynamic disabilities they cause. In moderating this space, I err on the side of keeping it as safe as possible. 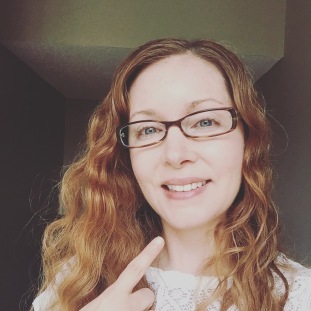 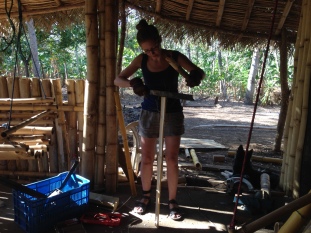 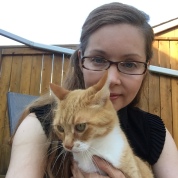